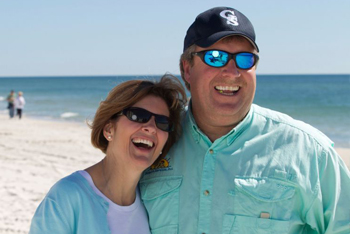 Ike’s Beach Service is a family-owned and operated beach rental business located in the heart of the beautiful Alabama Gulf Coast. Ike’s has happily serviced beach-goers with lounge chairs and umbrellas for more than 30 years. Founder Ike Williams and business partner Kenny Keelin work alongside Ike’s wife (Stephanie) and children (Charlie and Lauren) during summer seasons to ensure that their guests have an enjoyable vacation. From Fort Morgan to Perdido Key, locals and vacationers alike have come to expect helpful, friendly service from Ike’s employees.

Over the years, Ike’s has expanded to include paddleboard, kayak, volleyball net, and beach wheelchair rentals. Recently, they have added a fleet of parasail boats to their growing list of attractions. Ike’s has also branched out into sand fencing, dune restoration and mechanical beach cleaning.

Ike’s Beach Service keeps in mind that a clean, healthy beach is of utmost importance to visitors as well as the wildlife that inhabit the coast. Throughout the season, Ike’s beach attendants make daily efforts to clean and remove all trash and debris from the sand. For years, IBS has participated in and sponsored various volunteer clean-up efforts. In 2010, Ike’s Beach Service became one of the primary responders for the oil spill clean-up by British Petroleum (BP). Ike’s beach cleaning machines were instrumental in the removal of oil from the beautiful gulf coast.

Though Ike’s Beach Service is most well-known for its fun-loving character, their beach stewardship has gained monumental recognition. 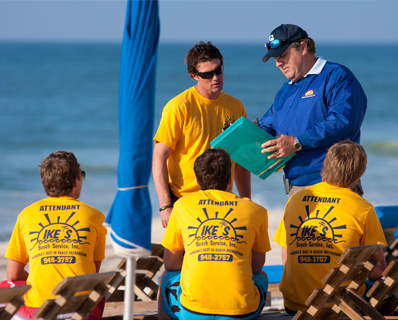 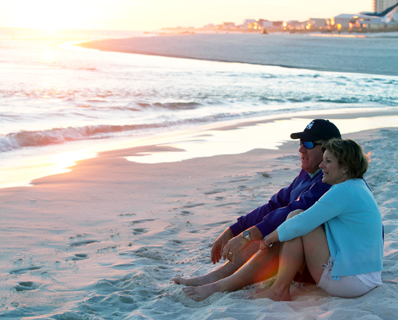 PRESENTED BY THE BALDWIN COUNTY COMMISSION

The Annual Environmental Awards Program, is awarded to individuals and organizations who have demonstrated a high level of concern and consideration in environmental protection and enhancement in Baldwin County through their programs and activities.

PRESENTED BY THE COASTAL ALABAMA BUSINESS CHAMBER OF COMMERCE

This award is presented to the business that best exemplifies commitment to conservation of the environment as the coasts number one economic resource.

Ike’s Beach Service is a proud corporate sponsor of the Alabama Coastal Cleanup. Coordinated through the Alabama Department of Conservation & Natural Resources, State Lands Division, Coastal Section and the Alabama People Against a Littered State (PALS).

Ike’s Beach Service was awarded for its involvement in the largest oil spill response in U.S. History. Ike’s helped to achieve response goals of fighting oil offshore, near and onshore, and mitigating the effects of the BP oil spill on residents of the Gulf Coast.

Check out our updated news on Ike’s Beach Service Inc.